On 19 June, 45 pupils travelled to Inverness to compete in the Ross-shire Schools Athletics Competition.   We took home 23 Gold medals as well as 10 2nd places and 15 3rd places (no medals for silver and bronze)!

Constance Nankivell (S1) beat the Ross-shire record for the 1500m and won the Long Jump.

A special mention has got to go to the senior boys.  Tain won every event in the B BOYS group except for the shot putt in which we came 2nd in by 1cm!!    Ross Fraser, Scott Fraser, Josh Holloway, Finlay Murray (new record in the 800m), Liam Barnsby and Alexander Nicholson all took a Gold home, while Daryn Jack won 2 Gold’s and Dylan Morrison won 3!!   Dylan jumped a MASSIVE 1.95m in the High Jump, beating the Ross-shire record (1.90m) by 5cm and his own personal best by 8cm! 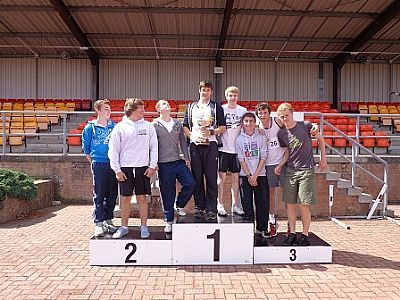