Earlier this session S2 pupils in Tain Royal Academy took part in the Youth Philanthropy Initiative (YPI) which is supported by the Wood Family Trust. The winning team received £3000 from YPI Scotland which they donated to their chosen charity HUG. The work of the five pupils involved has been recognised by YPI Scotland and they have been invited to give their presentation at the YPI National Event in Perth on Wednesday 19th June. 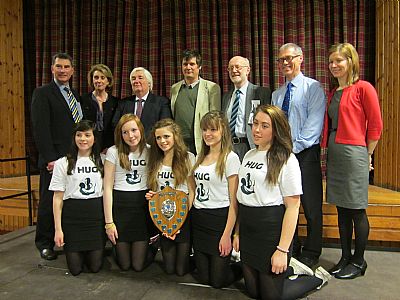